Disentangling water sources in a gypsum plant community. Gypsum crystallization water is a key source of water for shallow-rooted plants 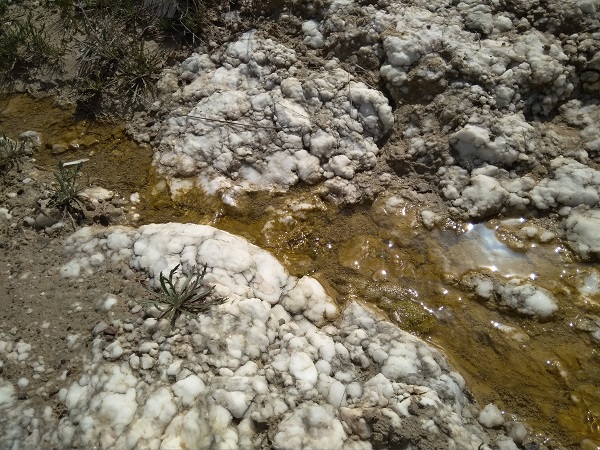 Abstract
Background and Aims
Gypsum drylands are widespread worldwide. In these arid ecosystems, the ability of different species to access different water sources during drought is a key determining factor of the composition of plant communities. Gypsum crystallization water could be a relevant source of water for shallow-rooted plants, but the segregation in the use of this source of water among plants remains unexplored. We analysed the principal water sources used by 20 species living in a gypsum hilltop, the effect of rooting depth and gypsum affinity, and the interaction of the plants with the soil beneath them.

Methods
We characterized the water stable isotope composition, δ 2H and δ 18O, of plant xylem water and related it to the free and gypsum crystallization water extracted from different depths throughout the soil profile and the groundwater, in both spring and summer. Bayesian isotope mixing models were used to estimate the contribution of water sources to plant xylem sap.

Conclusions
Plants coexisting in gypsum communities segregate their hydrological niches according to their rooting depth. Crystallization water of gypsum represents an unaccounted for, vital source for most of the shallow-rooted species growing on gypsum drylands. Thus, crystallization water helps shallow-rooted species to endure arid conditions, which eventually accounts for the maintenance of high biodiversity in these specialized ecosystems.