Revisiting the Functional Basis of Sclerophylly Within the Leaf Economics Spectrum of Oaks: Different Roads to Rome 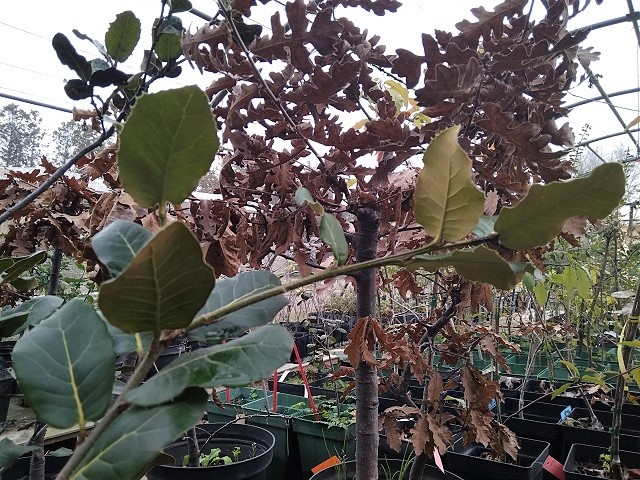 Purpose of Review
Defining the mechanisms behind and the leaf economic consequences of the development of sclerophylly in woody plants will allow us to understand its ecological implications, anticipate the potential for adaptation of different tree species to global change, and define new woody plant ideotypes for stress tolerance.

Recent Findings
Sclerophylly has evolved independently in different woody plant genera and has been traditionally considered as a stress-tolerance trait. However, the underlying drivers for this functional trait are still a matter of debate; it has been proposed as an adaptive response to miscellaneous stress factors, such as nutrient scarcity, drought stress, herbivory, and cold tolerance, and due to the large investment costs of sclerophylly, it is generally associated with a longer leaf life span.

Summary
The genus Quercus constitutes a unique living laboratory to understand global adaptive patterns along the leaf economic spectrum in forest trees. With more than 400 species, oaks are distributed along six zonobiomes and its versatility has resulted in a wide range of variations in leaf functional traits and contrasting adaptive strategies. However, although this wide variability cannot be explained alone by any of the ecological factors considered, such as drought, nutrient scarcity, low temperatures during vegetative period, and physical damage, neither any of them could be fully discarded. Noteworthy, our study also suggests that these constraints may have a synergistic effect, and from a functional point of view, we can conclude that in oaks leaf habit largely modulates the physiological implications of sclerophylly.